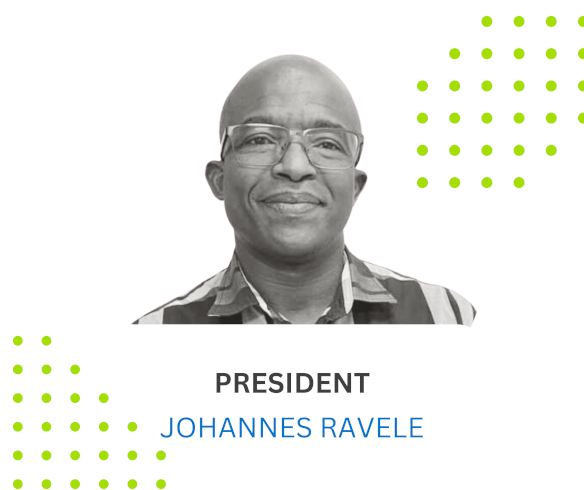 I, Johannes Tendani Ravele, have been a pharmacist since December 1991. I qualified at the University of the North, enrolled for a Diploma in Business Management in 1991, got three distinctions, a Diploma in Manager Development in 1992, where I passed with first class and got a merit award for best student, both from Damelin Management School, and a Masters in Business Leadership in 1993 from UNISA. I also acquired a Certificate Course in Corporate Governance from UNISA in 2008.

I have done numerous courses related to the profession for personal development and empowerment. I have a passion for the profession. I have, and am still training Pharmacist Interns and Pharmacist Assistants. I derive pleasure, satisfaction and fulfilment from Continuous Professional Development. It puts me at a high level of competence and I remain knowledgeable in any subject that I involve myself in. I am the type of person that pays attention to detail. I do not just accept things as they are, but always vow to make things better for everyone.

My leadership roles include:

Serving the SAACP at the NEC level will enhance both me and the profession in a synergistic way. I am ready, raring and prepared to serve this profession that I love so much.

I still believe that pharmacy is a noble profession and I can contribute in making it more appealing to the professionals and the public at large. I am Simbongile Patrick Pambuka famously know as Sim. I am a young passionate pharmacist who loves his profession. Currently I am the responsible pharmacist and practice manager of Magers Pharmacy (with permanent staff of 40) based in Eastern Cape and also the Managing Director of S SQUARED VENTURES (PTY) LTD, a health|consult|projects company. As the President, I will be able to crisscross the whole country mobilising our pharmacists to be a recognizable profession amongst our communities. I will actively be involved with the shaping and rebranding of our Association. I will endeavour with all my abilities to make sure that our Association (SAACP) is embraced by all pharmacy professionals (i.e.) Responsible Pharmacists, LOCUM Pharmacists, Pharmacy owners, Pharmacy assistants, PCDT Pharmacists, Compounding Pharmacists etc.

I have served on the National Executive Committee of SAACP for the last 15 years and in 2014 I was elected to the position of Chairman of SAACP South Gauteng Branch for a 5 year period. At the SAACP National AGM in 2018 I was elected as President of the SAACP.

I joined the PSSA on the 30th April 1992. After opening my first pharmacy (Sebokeng Pharmacy) on 1st March 1993, I started to be actively involved in the PSSA Southern Gauteng Branch in 2000 and in 2002 I moved over to the Community Pharmacist Sector Southern Gauteng Branch. I am currently still the owner and Responsible Pharmacist of Sebokeng Pharmacy.

Manifesto My vision is to see that the Association is fully united nationally and commit ourselves to the same purpose of serving the people of South Africa. My peers have honoured me with the following award: